With the forceful current of constant change sweeping over every part of our lives, people have the need to connect with something enduring and firm. We believe Christ designed the church to fulfill that need by representing an eternal kingdom and ageless truth.

Come visit this brand new church on the Eastern Shore. At Lighthouse you will experience community, find purpose, and understand truth. You will enjoy inspiring music, helpful teaching and preaching, friendly people, and a place where you feel welcome and at home! 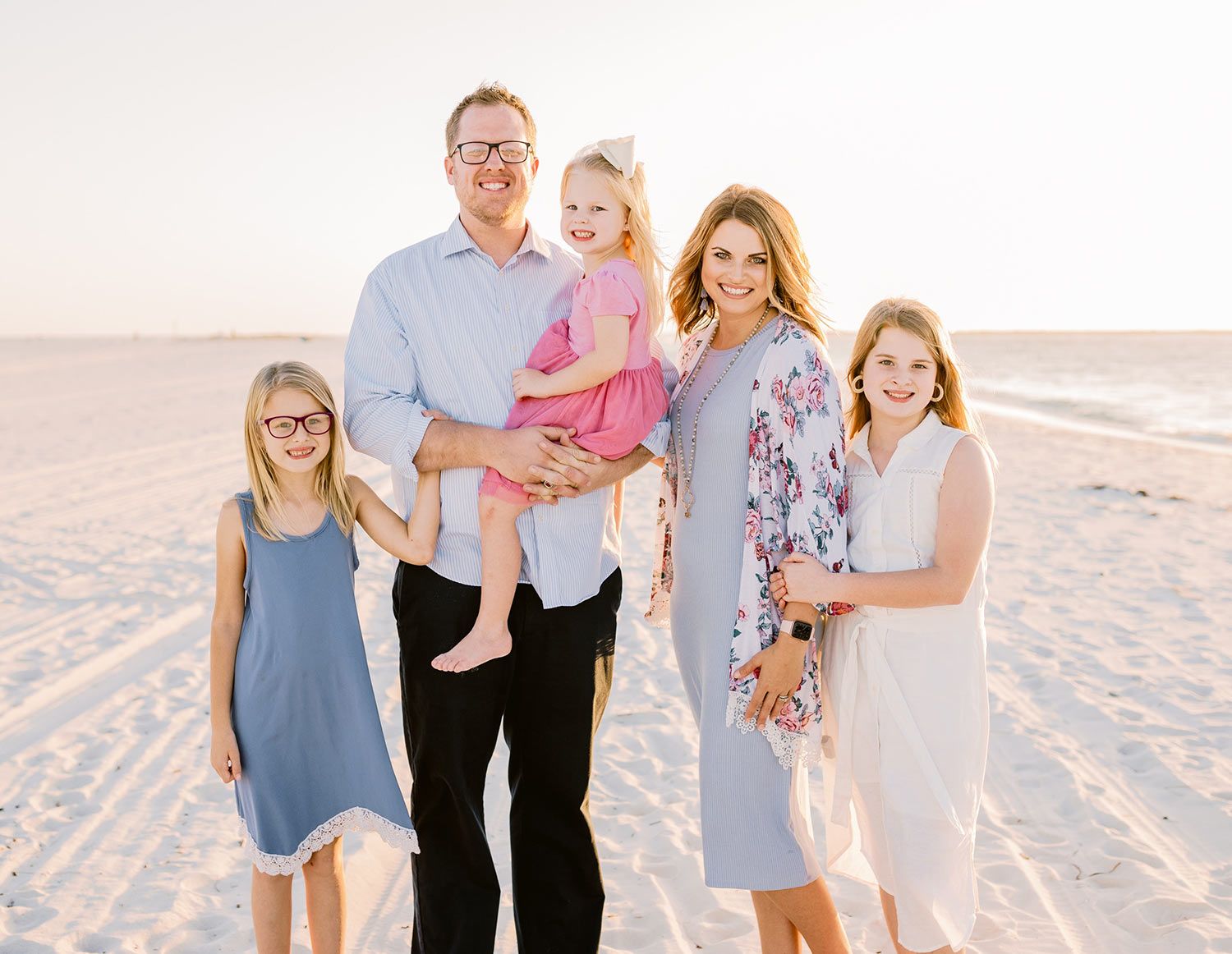 Andrew has lived on the Gulf Coast of Alabama for 20+ years after moving here to help his family start Lighthouse Baptist in Theodore. He knew at a young age he wanted to be in the ministry and has dedicated his adult life to serving in the church.

Andrew and Jennie knew each other in high school as their schools competed in sports but they did not begin dating until college. After college they immediately began serving at the Theodore campus where they have been for 13 years. Throughout their ministry Andrew has served in almost every area of the church including student ministry, school administration, and most recently couples ministry and church administration. Before having children Jennie served in the media department at the church.

They have 3 beautiful girls, Ashlyn, Caelyn and Lauryn. Jennie is an entrepreneur at heart and has owned and operated several business with multiple employees. They have always loved the Eastern Shore and look forward to sharing the love of Christ within this community. Andrew will serve as the main communicator and lead pastor at the Eastern Shore Campus.

Kurt was born and raised in Albuquerque, New Mexico where he was saved at the age of twelve and surrendered to work in ministry under his pastor’s leadership. He met his wife Julianne while in college studying for the ministry and they were married in 2013.

Shortly after being married, they spent a year in Wenzhou, China on a missions team volunteering to teach English and work in house churches.

After their year in China, Kurt accepted a job at his home church, Gospel Light Baptist Church, and has been serving as Children’s Pastor and Grade School Teacher for almost six years. Julianne has operated her own music studio as a piano teacher and also served as a musician in the church’s worship ministry and kid’s ministries. They now have two children, Natalie and Grayson.

Kurt and Julianne enjoy traveling, spending time with family, and being outdoors. Please pray for them as they transition from New Mexico to here in the deep south. Kurt and Julianne will oversee the family and worship ministry here at Lighthouse Eastern Shore.

Lighthouse-Eastern Shore began in the fall of 2022 as a campus of Lighthouse Baptist Church in Theodore. In July of 2022 we held our first preview service at the Hilton Garden Inn in Daphne where we saw 40 people gather.

We then held a preview service in August and another in September at our current location off County Road 64. We launched weekly services after our Grand Opening on October 17, 2022 and have since watched God bless our faith and grow His church!

We are currently meeting in the building of the Congregation Mayim Chayim while we await the next step God has for us. A church is not a building, it’s the people! And no matter where we gather, one thing we know for sure: there’s no place like Lighthouse!